Home Car Buying Try before you buy your next used car

For most people, a car is the second most expensive single item that they will ever purchase and such a major financial commitment is not one to be undertaken lightly. Absolutely everything we ever buy is chosen on the basis of need, desirability and value for money but different products require different levels of buying expertise. As an example, one garden shed may be pretty much the same as any other and does the same job so it is a simple matter to compare quality, price and size to get the best deal. Cars, on the other hand, require a much greater input. Cars (with a few unfortunate exceptions!) are not sheds and the first consideration is choosing a car that is suitable for its proposed use. Even that is much more complicated than it used to be. In the old days, the choices were limited to buying a small, medium or large car with diesel estates often being chosen by company reps. Now we can choose from a huge range of different car types from SUVs and crossovers to coupés, convertibles, and city cars. The choice of fuel is also far from straightforward especially with the current trend of the demonisation of the internal combustion engine with battery powered electric vehicles being lauded as the truly green non-polluting alternative, despite the fact that their electric power probably originates from nuclear power stations producing radioactive waste that will pollute the planet for the next 20,000 years! So there are many different things to consider in choosing a car not forgetting that, for anyone who loves driving, the choice is governed not only by the head but also the heart. There is certainly no shame in choosing a car simply because you love it!

All cars cost money but, generally speaking, running a used car is often a cheaper alternative or, to put it a different way, a much higher specification car can be run than would be possible if buying new. Today’s new car market has changed greatly and whereas in the past the traditional way of simply buying a car, usually involving some kind of credit, was considered the norm, the modern trend is for new cars to form part of a more complex scheme such as leasing, personal contract hire or good old-fashioned rental. Anyone wishing to drive a brand-new car should certainly look into the many options currently available. Treating cars as such ephemeral objects does mean of course that huge numbers of superb cars now find their way into the second-hand car pool which is great news for the used car buyer. There are fewer options for those looking for a used car with straightforward car purchase still being the favourite method of car acquisition.

As Good as New or Bargain Basement?

The second-hand car trade has always had a rather dubious reputation going back to the days when people only got rid of their cars when there was something wrong with them. Most car dealers now strive to maintain a “squeaky-clean” reputation with only the best cars appearing on their forecourts. The pricing of used cars is determined using industry guides meaning that each and every car has a “correct” price and there is likely to be little variation from dealer to dealer. “Sub-prime” cars can be found offered by some smaller car traders, private sales, online or even in auctions. Prices can be lower but should still be in accordance with the industry pricing schemes with factors such as above average mileages resulting in lower prices. In some cases, a slightly higher than average mileage model may be worth considering especially for the driver who covers few annual miles as the car may later revert to being an average mileage vehicle.

Warranties are often seen as insurance against any future problems and they have much to recommend for the financially cautious. However, it is well to look carefully at the extent of any cover provided by a warranty. The most common types of warranties for example will cover a major breakdown of the engine or drive-train but faults such as a slipping clutch are unlikely to be covered nor are items such as faults with central locking or other body systems. The term of the warranty is usually chosen to match the period of finance but can be shorter. In the case of cars bought through motor auctions, a warranty is usually an extremely short time period, typically one hour, during which the car should be thoroughly checked for any faults. Test drives on the other hand give the proposed purchaser the chance to really find out how the car drives. New car dealers invariably have a few demonstrator cars available to show off the attributes of the new models. Test driving a used car is even more important as it can reveal any signs of wear or other problems. The main problem with a test drive is the fact that it is rarely long enough to find out how the car behaves in different road conditions and the seller of the car will almost certainly wish to come along. In some cases, the seller may even insist on doing the driving! The ideal situation would certainly seem to be for prospective purchasers to be allowed to fully try out a car with a long-term test drive possibly over a period of a few days. This would enable the purchaser to have full confidence in the vehicle being purchased. At the present time, few dealers are able to offer such a service but one notable exception is the car sales branch of Hertz who are now able to let customers choose a car to buy but, before completing the deal, they have the option of hiring the car for up to five days to really get to know it well. If they like the car they can then complete the deal. If they decide that this is not the car for them, they simply pay the normal hire charge. This very desirable scheme could disrupt the traditional used car buying process in the UK. The Hertz “try before you buy” idea should remove many of the uncertainties from the car buying experience and, by selling their cars directly to the public, the prices can also be very competitive. 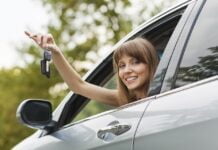 Tips On When To Fix Or Sell Your Car